Dr. Clinton Chess is a General Dentist at Souris Family Dental in Weyburn. 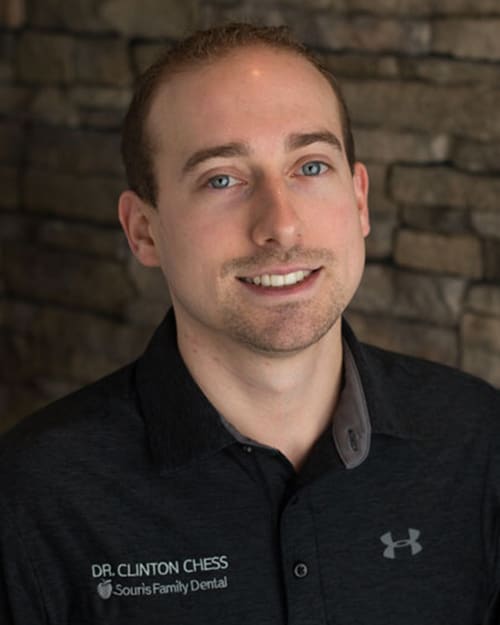 He graduated from U of S in 2018, and during his time, he was a contributor in research, which resulted in publishing a dental journal article. After achieving his D.M.D., he pursued his career at Souris Family Dental. He is also involved in an Endodontics study club.

Dr. Chess enjoys all aspects of general dentistry, particularly root canal treatment and oral surgery. He and his wife live in Weyburn with their toy Schnauzer. Outside the office, he enjoys playing drums, watching football, snowboarding, fishing, and camping.

Looking for a dentist in Weyburn or SE Saskatchewan? We're happily accepting new patients at our dental clinic! Contact us to get started today.